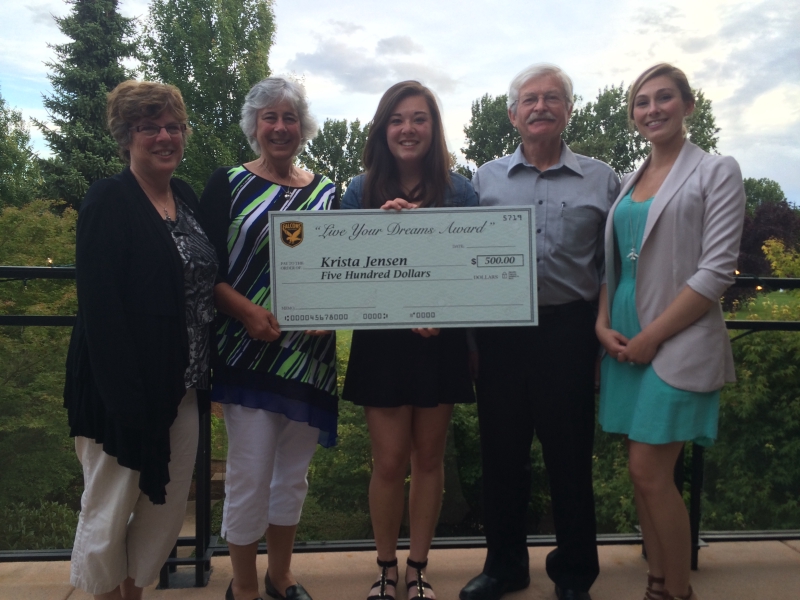 After the recent tragic accident took the life of Graeme Carswell the Falcons Field Hockey Club along with the Carswell family, planned to create a legacy award that would honour his passing and continue in perpetuity. The “Follow your Dreams” award was created to give out annually to a boy or girl who best emulated graeme’s character and field hockey aspirations. The club announced that donations for the upcoming award would be accepted to build a legacy fund so that the Carswells could award it to one worthy player each season. This year the award went to falcons own Krista Jensen. A amazing athlete who has played multiple times for the BC team, coached kids within the club for over 5 years and mentored many young goalies to be inspired to play at a higher level. She received a cheque for 500$ from the Carswells and Falcons To put towards her future in field hockey in hopes she will realize her dreams. We look forward to seeing great things from Krista in the near future and other players who share the same characteristic as Graeme Carswell. To date the club has raised over 3000$ for the award and are still taking donations on the club website at www.falcons.ca.