11 Falcons/Alumni Representing BC at Nationals at Tamanawis 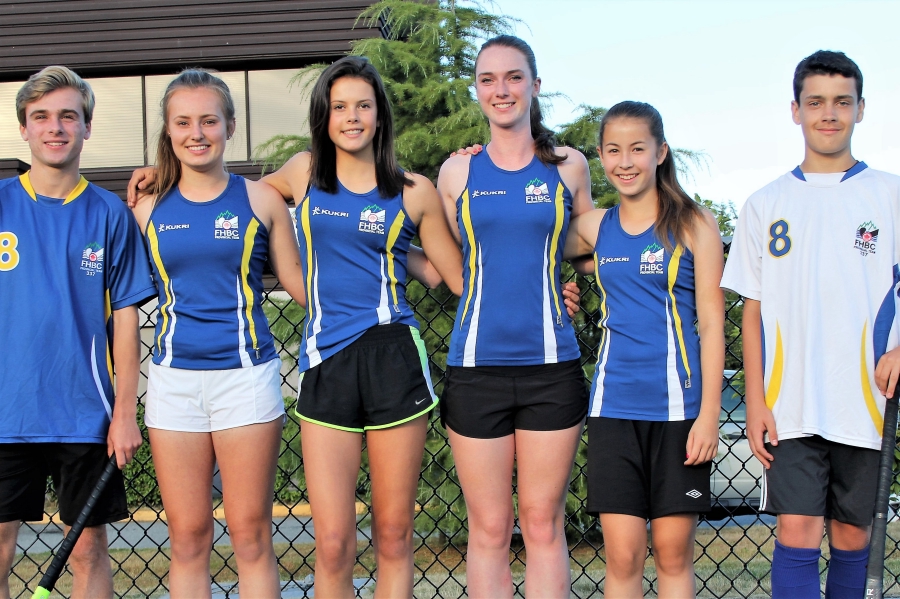 When Field Hockey Nationals are held in Surrey’s Tamanawis Park next week, 11 Falcons Field Hockey players/alumni will be gearing up in their blue and yellow to represent BC.
Six girls and five boys Falcons were selected to various BC teams. Tessa Everett and Taylor Katsube will represent at the U15 level. Jessica Goodfellow, Bailey Mitchell and Eve Carrothers at U18 and Annalise Poohachoff at U23. Notably Taylor is the youngest age eligible to play on a U15 team! On the boy’s side, Falcons alumni Brendan Guraliuk and Rowan Childs will represent at U18 as well as Jake Manwaring, Chase Marshall and Eric Holsher at U15.
Falcons Field Hockey has a long history of producing high performance field hockey players. The likes of Rob Short, Mark Pearson and Sara McManus have all been stand out leaders on national teams, and have lead the way for others to follow in their footsteps. U18’s Brendan Guraliuk and Rowan Childs are part of the Junior Development Squad currently gearing up for the 2020 Junior World Cup. Childs was also part of the 2016 Field Hockey Junior World Cup team last December in Lucknow India and was the youngest player in the tournament. For a small club, Falcons Field Hockey punches above its weight! To hear Sara McManus talking about her hometown Tsawwassen follow this link: https://www.facebook.com/FHCanada/videos/10155485876044508/
For the first time Field Hockey Canada is holding a festival in which boy and girls at all levels will hold their National Playoffs in one location – Tamanawis Park in Surrey June 17-25th. Come cheer on our local young athletes and experience the fastest game on turf! More details about the event, schedules and can be found at http://www.fieldhockey.ca/events-results/