Want to become an FIH Umpire and travel the world? 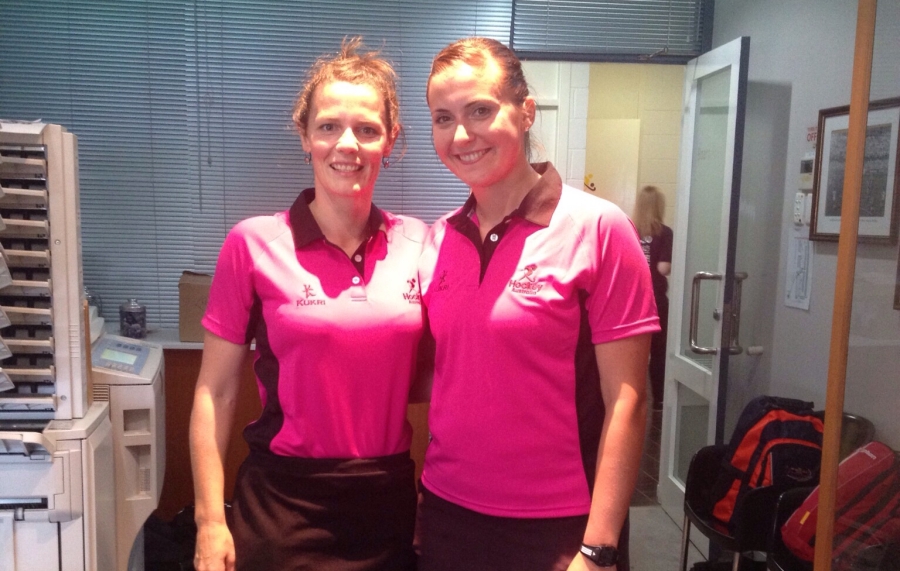 Read about homegrown Lelia Sacre’s trip as an FIH International Umpire this year. Lelia hopes it inspires another junior falcon to take up the whistle and join the ranks of Alan Waterman and Lelia Sacre.

Here is my write up with a few pics.

A few weeks before I was to depart for the Women’s Pan Am Cup in Argentina, I received an email that was sent to all Canadian Officials, that there was an opportunity to umpire in the Hockey 9s Super Series in Perth, Australia. I was excited to hear of the opportunity and jumped on it after working out some details. So, week after travelling 30hrs back from on Argentina, I was back on a plane to start another 20hr+ trek to the Southern Hemisphere.

We had a few days before the test series against Malaysia and were able to take in some of the sights in beautiful Perth. Finally got to put my feet in the Indian Ocean (only two more oceans to go!). The series started well as I umpired with Grade 1 umpire Nor Piza Hassan from Malaysia. For those that don’t know what a Grade 1 is, it is a certain level at the international level. The hierarchy is: FIH, Promising Umpires, Grade 1, World Development Panel and the cream of the crop World Panel.

As the other umpires started to arrive I didn’t know what to expect. All the umpires were either Grade 1 or higher, some had done the 2012 Olympics, others have been around for 20 years and here I was some young buck from Canada that had only received my FIH certification one week prior. Needless to say I was extremely intimidated, but very excited at what I would learn.

It was a fantastic group of not only umpires, but technical officials as well. The first game I was appointed to was Australia vs. Malaysia with Mercedes Sanchez from Argentina. There is nothing more scary then umpiring the home team on day one with rules that were extremely varied. Bigger goals?! Different corner and long hit set up?! 20 minute halves?! Not only that, but we were hooked up to the tv cameras via microphone. I wondered what I had gotten myself into!

Thankfully, by the second game my confidence grew as I started to understand the rule variations a bit more. I was able to umpire with Olympic umpire Kelly Hudson from New Zealand in the Argentina vs. Malaysia. It was one of those games where you could see everything and have a good connection with your partner on the other side.

The third day, I was reserve for all the women’s matches. This involved me standing up in the nose bleed section right next to the broadcast crew in which I was to tell them if it was a penalty corner or penalty shot.

Now, at international tournaments you don’t receive what games you are doing (if any) until the day or night before. Well the night before the last day came and when low and behold there my was my name down for the final between Argentina and Australia with Kelly Hudson again. What was really cool was before each game we ran out of a tunnel with smoke, lights and music as our faces were projected on the jumbo screens around the field. The match started and Australia was the far more dominant team. An interesting moment arose in the second half when I had to yellow card 8 time FIH Player of the Year to Argentinian Captain, Luciana Aymar.

At the end of the game and tournament it not only left me with several new friendships, but the desire for more opportunities like that. To be a stadium with the fans and pressure. It not only solidified my decision to become an umpire, but increased my drive to excel to the highest level.