Pearson & McManus back on tour with National team! 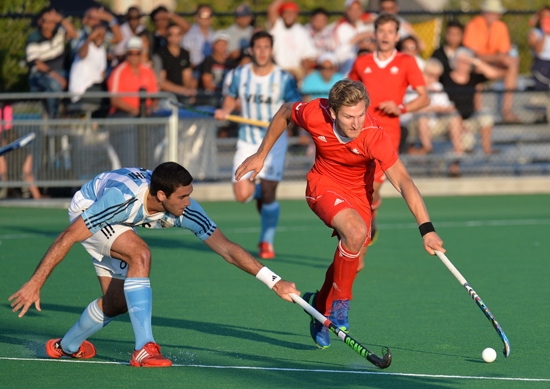 Mark Pearon will be earning his 150th international cap shortly as he participates in the eighth annual Champions Challenge in Kuantan, Malaysia. The canadian team is currently playing in Malaysia to improve on their recent finish which was also in Malaysia only a few months ago. Mark, the local 26 year old from Tsawwassen has played in for Canada since 2005 where he debuted against Scotland. He has since played in the 2008 Olympics and has won a silver at the Pan American Games. As one of the older and mor experienced players for Canada Mark will no doubt be wanting to make this tournament a memorable one. The recent 6th place finish at last years Champions Challenge in Argentina and a 5th place finish at the Aslan Shah Cup will be a starting point for the team if they hope to gain world ranking points for future future World cup and Olympic tournaments.

Sara Mcmanus, meanwhile continues her tenor on the women’s national team with a series of test matches in Great Britain against England and Wales which started this week. The 20 year old defender from Tswassen already has 52 national team caps and has only been with the team a short 4 years. England is ranked third in the world and will test the Canadian squad, and Sara, to bring their level up to match them. The two teams will play 4 tests before Canada goes on to play a three game test series with Wales.

Best luck to both Mark and Sara in the coming weeks and look forward to seeing them back in Tsawwassen very soon. We’ll wee if we can’t get a story from each before the summer is over.