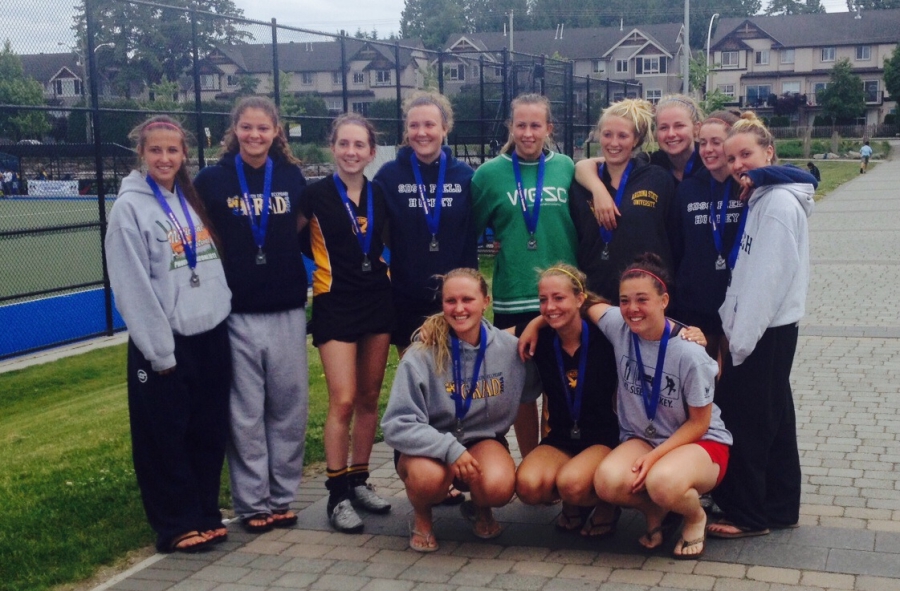 The U 18 Falcon Storm capture the silver medal at the U 18 Tier 1 Club Championship yesterday at Tamanawis . The girls had an unbeaten record in pool play against Club India, Hawks , Richmond , Tri Cities and West Van which moved them onto the final match against Club India on a sweltering day yesterday . Heat and exhaustion got the better of a committed and hard- working group of girls as they had to play with a shortened bench of only 11 players for most of the weekend and they came up short in the final losing their only game against a very talented Club India. Congratulations to the girls on winning the silver medal . They are coached by Geri Pearson, Elaine Poje and Neil Mc Lennan.