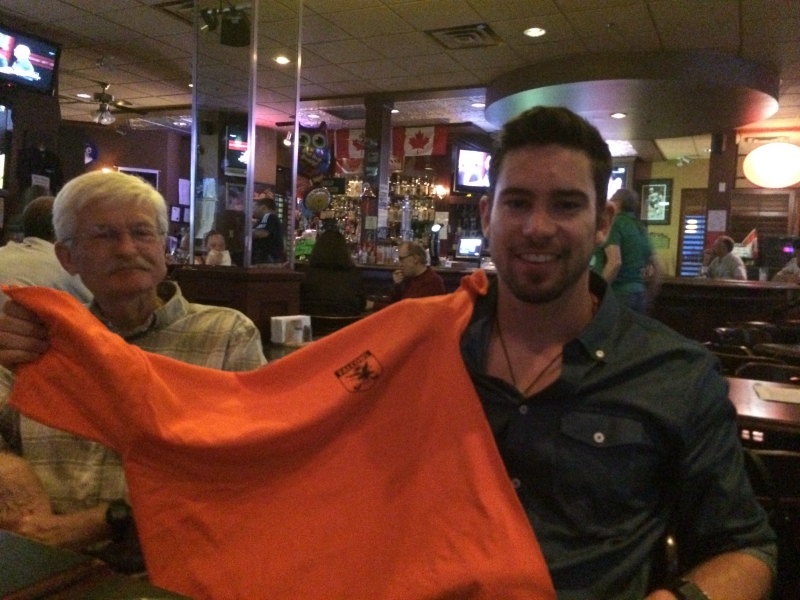 Graeme Carswell is about to embark on a trip of a lifetime playing field hockey in the Dutch Men’s League this fall/winter. Following in the footsteps of other Falcon players to go overseas and train Graeme was recently picked up by the Amstelveen FHC club due in large part to a coincidental meeting with David Mackinnon. David is a Canadian who lives in holland and whose son plays for the Amstelveen club. After meeting Graeme by chance they struck up a conversation that lead to Graeme expressing his desire to play in the Dutch league. Several conversations later Graeme was accepted to play with the Dutch club and has just left to start training camp August 7. He and his parents Kim and Kathleen are extremely excited about this opportunity and look forward to following his experience through a blog well be posting on the website. David Mackinnon said this May open the door for a two way player exchange whereby Dutch juniors could come to canada to play here and either stay with a sponsor family or work within the club coaching to afford room and board. Either way this first time experience will be a good test to see how Graeme and other players fair in the highly competitive Dutch hockey league. Here’s a picture just before he left august 1st. Follow Graeme’s blog this season at http://www.teampages.com/teams/345501-Greame-Carswell-in-Holland-field-hockey-team-website