Congratulations Mayor Harvie and the “Achieving for Delta” team! 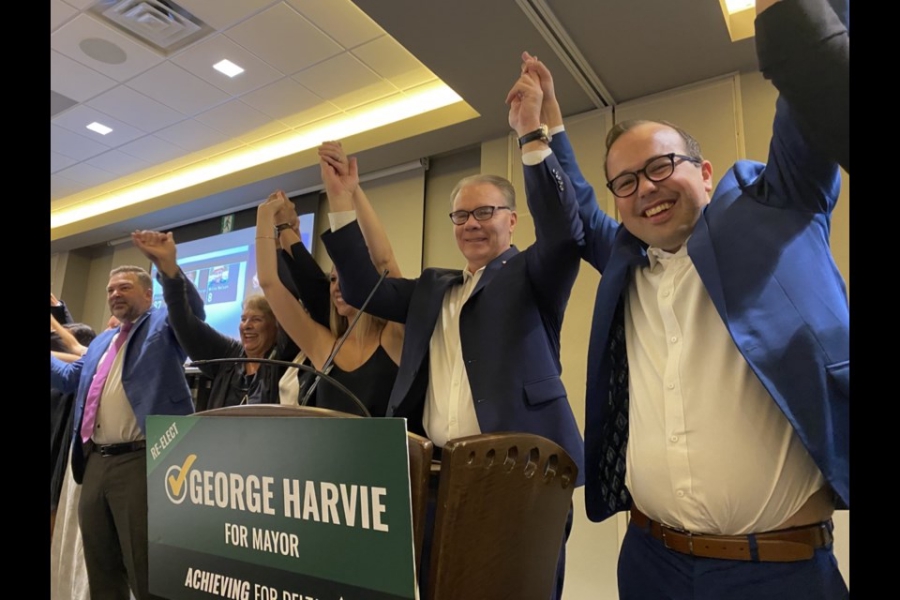 Falcons would like to congratulate Mayor Harvie for his reelection this fall. The Mayor has made a significant difference in the direction of sport in the community and the Falcons Club look forward to seeing what he and his “Achieving for Delta” team can achieve during their new term. This fall the Mayor and his team will be looking at a new revised Master Plan at Winskill Park which Falcons have a vested interest in after meeting with Mayor Harvie back in May. While it’s not a slam dunk, the discussions outlined the commitment from the Mayor to build a home at Winskill for the Falcons Field Hockey club. His proposal to council will hopefully bring a new era of revitalization back to the club and its place in the delta community which have been long eroding due to lack of quality facilities. We’d like to thank the club members for helping support the mayor and his re-election and look forward to moving ahead in an ongoing cooperative environment.