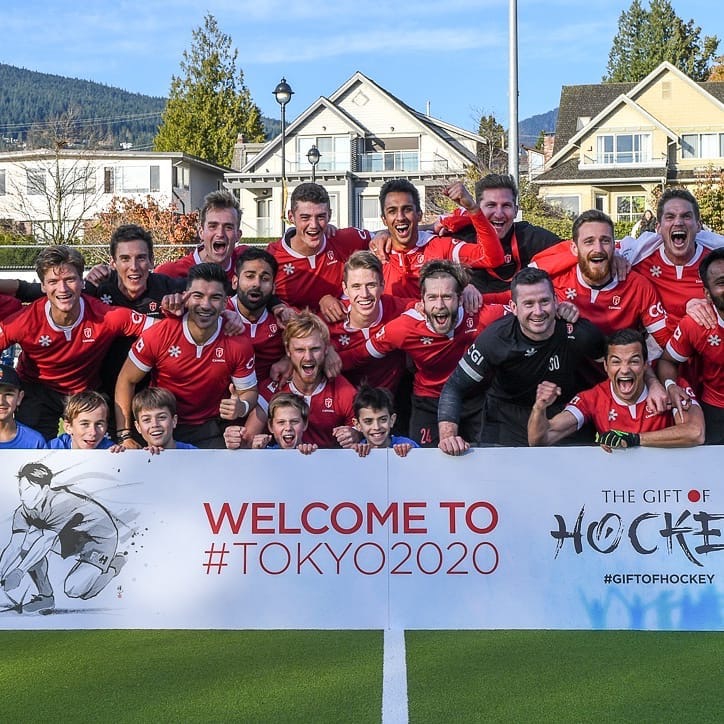 Canadian Men qualify for Tokyo in dramatic shootout!
Incredible finish to a two day World League series pitting the Irish and our Canadian caribou’s. After a 5-3 loss on day one Canada was behind two goals in the aggregate score and needed a win of two or more goal difference to win the test. With less than a second to go and only ahead by 2-1 Jamie Wallace
entered the D only to be fouled by an Irish defender. After a long video review it was deemed intentional and a penalty stroke was awarded to Vanada. Scott Tupper made short work of the stroke and forced an overtime shootout for the final
Decision. Ireland went up 3-1 and things looked over for Canada but Dave cartercame off the bench to make two saves while Canada buried their last two chances forcing a second round of shooters. Ireland went first and made a critical blunder kicking ball on his reverse approach. Adam Ferose rose to Canada’s challenge and out maneuvered the Irish goalie end the dramatic shootout and send Canada in to the Tokyo Olympics in 2020. Ireland contested the penalty stroke and were more than dissapointed in the decision of the video umpire. Next weekend Canadian women are in the hot seat with the same stakes. Let’s support our women. Check field hockey Canada website for streaming times.